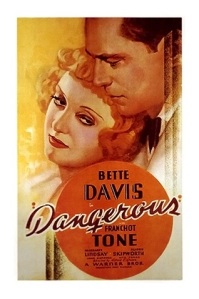 Former stage star Joyce Heath (Bette Davis) has become a penniless alcoholic. Wealthy New York architect Dan Bellows (Franchot Tone, Mutiny on the Bounty) finds Joyce drunk at a restaurant and takes her to his Connecticut home so she can sober up. Being a huge fan of the actress, Dan decides to rehabilitate Joyce.

Directed by Alfred E. Green (The Rich Are Always with Us) and penned by prolific writer Laird Doyle (Front Page Woman), Dangerous is a perfect example of how Bette Davis could turn coal into gold by sheer force of will. 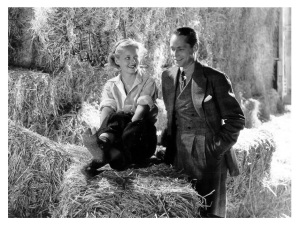 Loosely based on the tragic life of Broadway actress Jeanne Eagles, Dangerous is, unfortunately, drowned in clichés and soapy, silly melodramatics. There’s really nothing special about the movie. It was business-as-usual for Warner Bros. — one of many low-budget programmers they produced at their “factory.” Except that Davis grabbed the script and treated it like a Shakespearean text.

I’ve always admired actors who have the ability to rise above the ordinary. It’s easy to be great when you are working with top quality material, but it’s nearly impossible to excel with crappola. Despite the fact that she’s up to her knees in B-movie suds, Davis magically makes everything work and won an Oscar in the process. 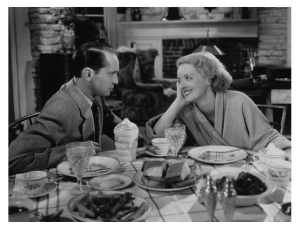 Film critic E. Arnot Robertson wrote, “I think Davis would probably have been burned as a witch if she had lived two or three hundred years ago. She gives the curious feeling of being charged with power which can find no ordinary outlet.” That pretty much summarizes how I feel about Davis’s performance. She often said that the Oscar was a consolation prize for Of Human Bondage (1934). Perhaps she’s right, but Davis’s Joyce remains one of the actor’s best early performances.

Dangerous also benefits from Franchot Tone’s smart performance. Tone was a good choice for the leading male character. From the first moment Tone appears, you know that he is no token female escort. The character he plays is hopelessly underdeveloped, but Tone is able to suggest intelligence and class. That gives Davis something she can bounce herself against, and the sparks start flying almost immediately. 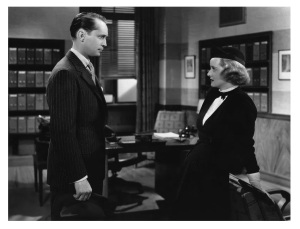 Davis allegedly developed a crush on Tone, who at the time was dating Joan Crawford. Some film scholars claim that this is the source of the legendary Davis-Crawford feud. Other scholars swear that the animosity between the two movie stars began a few years earlier when newcomer Davis was inadvertently upstaged by Crawford at a movie preview. Anyhow, Davis and Tone are a great screen couple and they rise above a mostly average script. I wish they had made more movies together.

Dangerous is worth seeing for Davis’s performance alone. There are two more good performances in the film, though. Margaret Lindsay (Jezebel) is lovely as Tone’s fiance and Alison Skipworth (The Girl from 10th Avenue) does a fine job as Tone’s no-nonsense housekeeper. With Douglas Wood (The Prisoner of Shark Island), Dick Foran (The Petrified Forest) and John Eldredge (Invaders from Mars). Shot by Ernest Haller (Dark Victory and Rebel Without a Cause). B&W, 79 minutes, Not Rated.